While this pandemic seems to have stolen many precious events in the world, it cannot take away the fact that Coral Springs American Little League will be turning 50 years old this coming Spring!

Though the exact manner in which this celebration will be carried out by the league’s officials may not be fully determined for a few months, one thing is for sure, according to CSALL’s President….”We want to give the kids and families some type of normalcy while also marking this milestone,” says Tony Juliano, who enters into his eighth year as CSALL’s president, in which this will be his twelfth year on the league’s Board of Directors. “If this were a ‘normal’ year, we’d be able to do a lot more on Opening Day.”

As of now, that is (tentatively) scheduled for late February.

Mullins Park, CSALL’s home field, has undergone some renovations, including improvements to its upstairs clubhouse as well as to its concession stand. There have also been some field modifications made.

Tony is hopeful that he and his other 11 Board Members can show everything off while commemorating the league’s 50th birthday.

“This is a wonderful milestone for our league; 50 years is really a milestone for just about anything,” says Tony of the 1971-established Coral Springs American Little League. “We’ve got great families, and a group of young/new Board Members who can be here for several years to come.”

Tony adds, “As some of us older Board Members begin to phase out, I feel very comfortable knowing that the newer Board Members will keep things just as great as they have been.”

CSALL plans to operate its divisions in 2021 as it has previously, in that it will offer T-ball, 8U, 10U, Intermediate/50-70, Juniors and Seniors.

The league’s longevity may be a result of offering play to such a wide range of ages, all abilities, and both boys and girls who live in or attend school in the City of Coral Springs south of Wiles Road.

CSALL’s veteran-esque age is testament enough to exhibit just how well the program has been run for half of a century, and Tony says its traditions will carry forward still, despite this virus situation.

“I’d like to see if we can have more of an ‘Opening Weekend’ as opposed to just an ‘Opening Day’ this year because of how meaningful this one is,” explains Tony, about the event that will feature players’ uniforms with special 50th Anniversary commemorative logos.

“We want to have something really special, and hopefully we’ll all get through it and get these kids to play baseball again.”

Registration for the Spring 2021 season is open from Nov. 1 through Jan 1, online only at www.CSALL.com 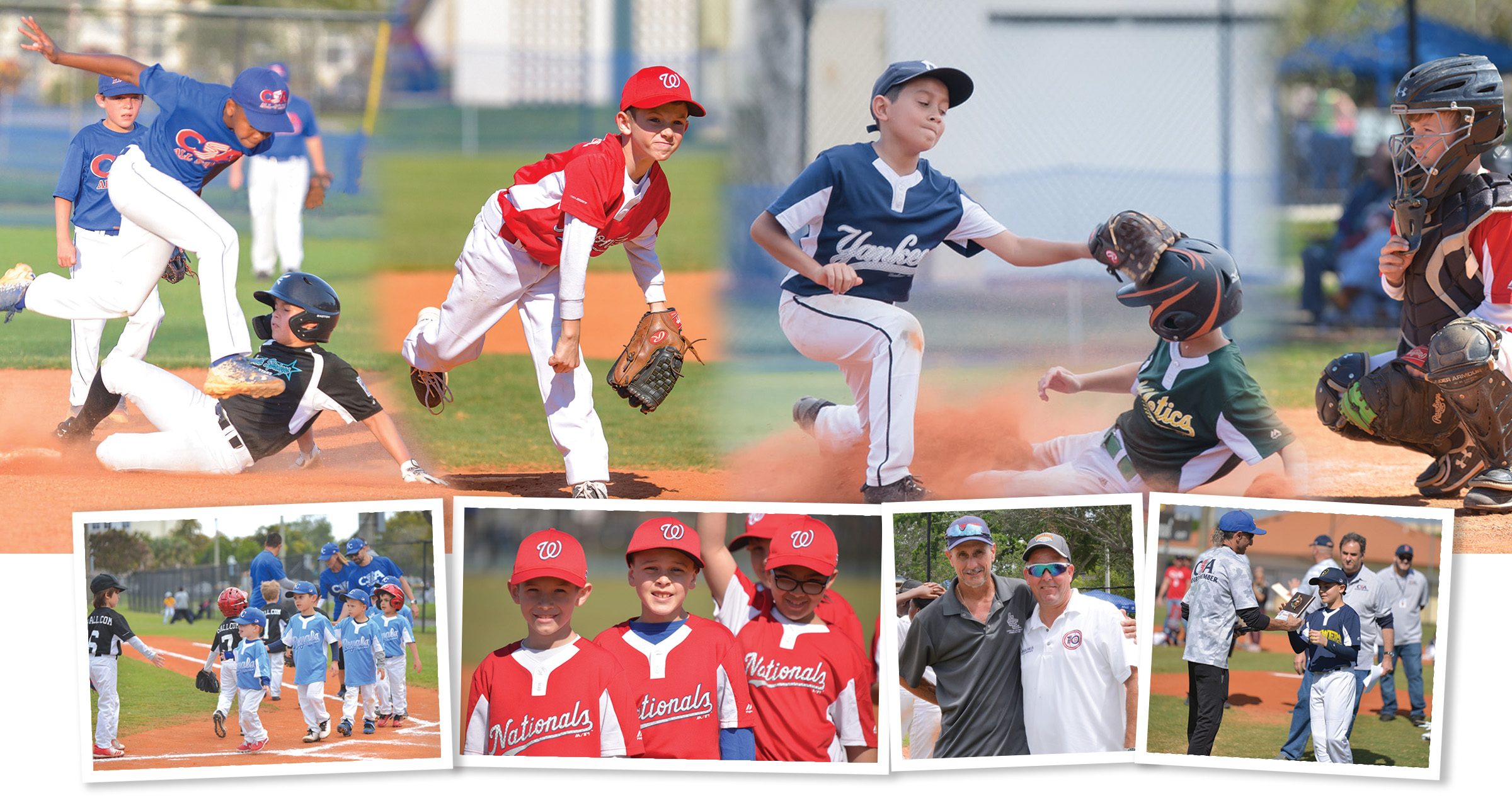