CIRQUE ITALIA IS NOT YOUR AVERAGE, TRADITIONAL CIRCUS LIKE THE MANY OTHERS

Cirque Italia is an Italian entertainment company that brings a performance of European style. It is described as a “vivid, dramatic, and moving experience under a customized traveling tent.”

Cirque Italia brings the appreciation of production and circus arts together to create a night to be remembered.

A PERFORMANCE OF EUROPEAN STYLE

Cirque Italia presents “Aquatic Spectacular.” The name reflects a unique attribute under the tent, as the show features a custom designed water stage that travels from city to city. The stage holds 35,000 gallons of water that performers dazzle over while thrilling the audience with every move. With this “unique feature” under the tent, guests will be surprised, for it’s a show of its own!

Cirque Italia brings talented artists from across the world under the big top with performances that will really have you wanting more. They bring unique aerial acts, hand balancing, contortionists, and many more surprise performances that are breathtaking. They have created a show that is magical, modern, breathtaking, and most importantly –unforgettable!

Cirque Italia is the collaboration of the American dream and the tenacious leadership of one strong Italian entrepreneur, Manuel Rebecchi. Starting with its creation in 2012, the Water Circus has advanced into one of the most innovative traveling shows to be staged in the United States.

Cirque Italia is different from any entertainment production ever seen before. Mr. Rebecchi is a direct descendant of one of the most prestigious families in the European circus scene. He combines his knowledge of the industry with touches of excellence making the show into a masterpiece of brilliance. The production overshadows other performances by offering an elegant and polished style, more aligned with Broadway that the traditional American circus.

With more than 30 artists, chosen in rigorous auditions from around 25 different countries, Cirque Italia delivers high-end entertainment at an affordable cost to nearly 2 million people in about 50 cities each year.
The entertainment industry in the United States reached a new level after the presence and the influence of this innovative and fundamental type of circus brand built by Cirque Italia. 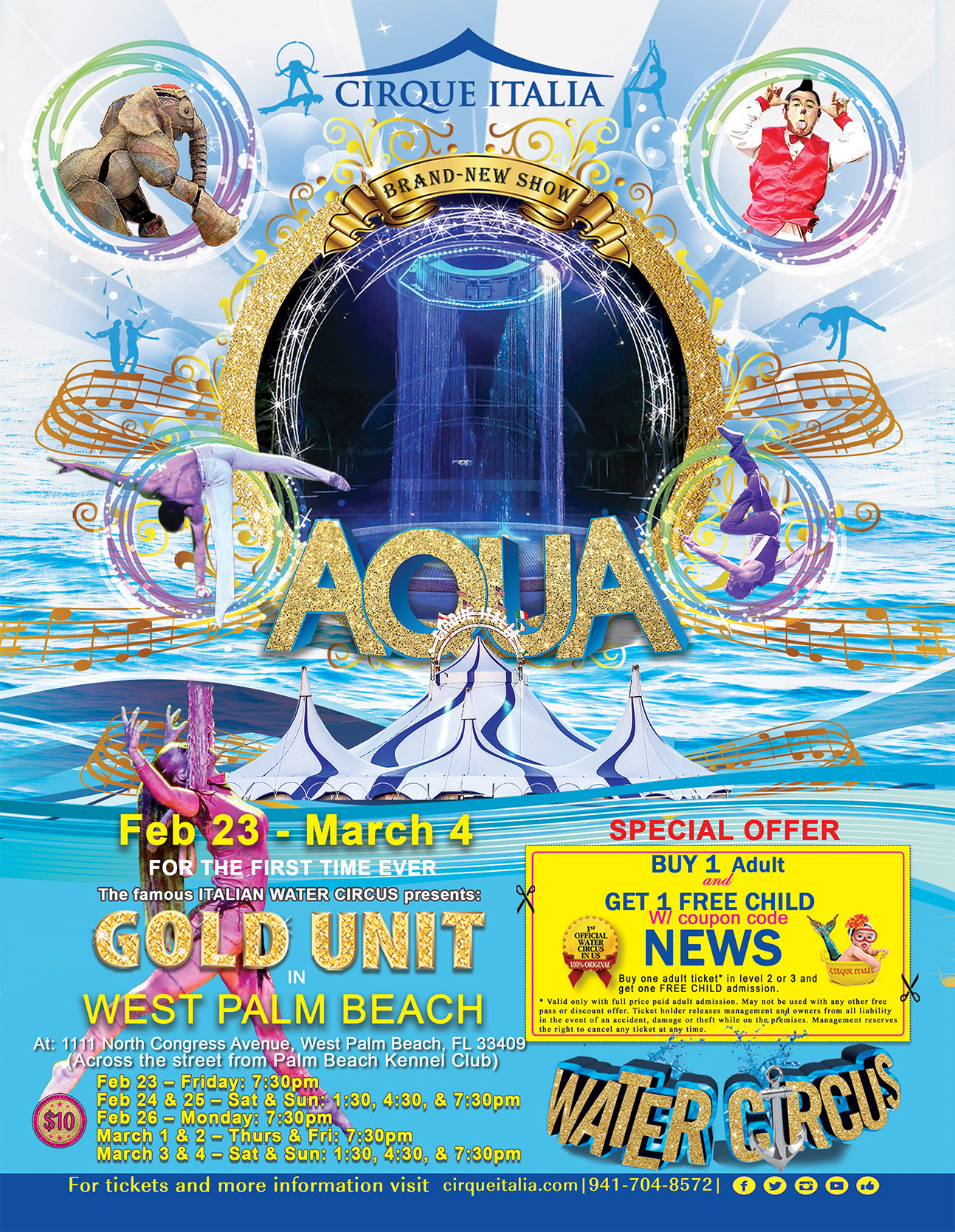