Parkland Little League is once again doing all of its necessary prep for another season of family fun.

Still basking in the glory of its Intermediate (50/70) all star team having represented the league at the state tournament this past summer, President Rob Travinski sets his sights high on what has the makings of another successful season.

On the heels of that esteemed accomplishment, he and his Board of Directors have already opened registration for the upcoming Spring games, in which the sign-ups will be open through Dec. 31st.

“My goals and expectations for the league and as president are always the same- to promote, develop, supervise, and teach youth boys and girls good sportsmanship, to have fun, and of course the game of baseball,” says Rob, who holds the league’s presidency for a third consecutive year.

As for his all stars who warmed the hearts of those around the city and surrounding communities, Rob continues to be boastful about his boys of summer and is “very proud of that team and the success they had on the field. So far, registration is up from last year and it’s a direct result of what that team achieved,” says Rob, who enters his ninth year on the league’s of 7-member Board of Directors. “This past summer, the entire city was cheering us on.”

Aside from his elite all star-caliber players who have been at it for several years, Parkland Little League welcomes players of all abilities from all around the city, while hosting both boys and girls from ages 4-16. During the season, the players and coaches can be seen on the perfectly-manicured fields at the city parks of Terramar and Pine Trails.

After decades of existence, the Parkland program’s longevity may come as no surprise to those who have been witness to the league’s operations.

But it all starts even before the beginning of the season. In fact, this season, Parkland will begin offering three separate youth baseball clinics in January and February to its players.

“These instructional clinics will be put on by some MLB players who have ties to Parkland Little League and the community,” continues Rob. “We are very grateful to have this and it should be a fun event for our members.”

Rob and his program hosted nearly 500 players last year, spanning the youngest of players in the T-ball division all the way up to those 16-year-olds on the Seniors teams. This year is set to follow suit. 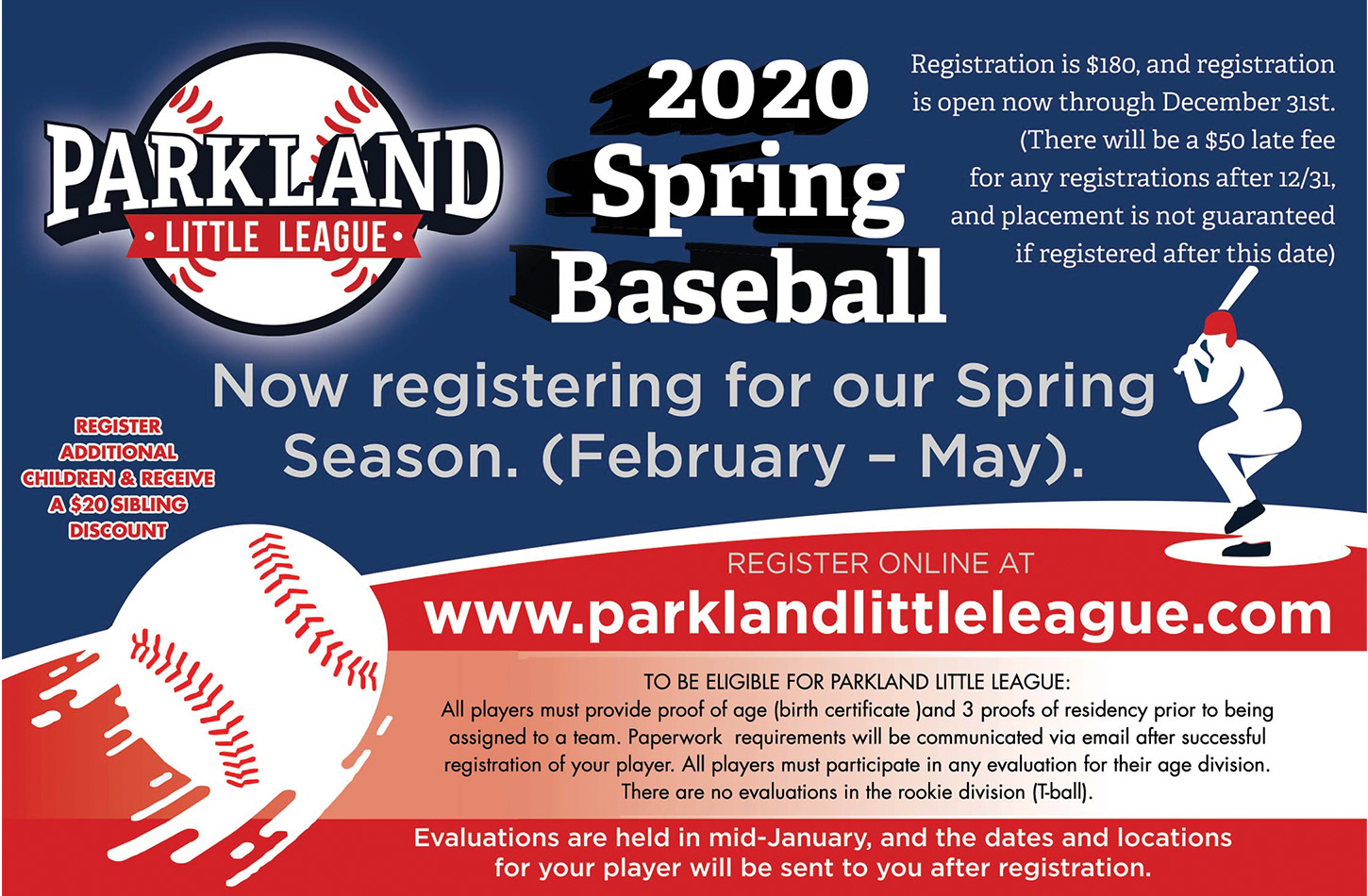