The Parkland Rangers are sure ready for some football and registration is open!

Coming off the heels of two of its teams having advanced into the second round of playoffs last season, the Parkland Rangers Tackle Football and Cheer Program is ready to take to the field.

Although the unpredictability of Covid may have yielded quite a few obstacles for the program’s 2020 games, Rangers President Will Billings says that “It’s important to be resilient whenever you run into obstacles, and that is one of the critical life lessons that these players learn through the game of football.”

While Will enters into his fourth year as the Rangers commander in chief, he reiterates the necessity to be able to get back up when players get knocked down, both figuratively and literally.

“It helps build confidence in the players,” adds Will, whose own three children are also Parkland Rangers. “We, as a program, do our best to use our coaching style to help these athletes develop during their journey as football players as well as young adults.”

And to mirror last year’s age divisions, the Rangers will once again be offering play under the auspices of Pop Warner in 6U, 8U, 10U, 12U and 14U, and will continue to play various teams within the tri-county area.

When the Parkland Rangers are not on the road traveling, they host games at Pine Trails Park in Parkland, as they have done so previously.

With registration is currently open, the organization is scheduled to start its conditioning somewhere around mid to late summer in order to best prepare for the 2021 season.

Additionally, in an effort to continue to keep all of the Parkland Rangers participants as safe as possible during these unprecedented times, temperatures will be taken for the players and coaches, and the league is continuing its commitment of adhering to the local mandates, whatever they may (still) be once the season officially commences.

That being said, Will and his Rangers hope to mimic 2020’s enrollment of approximately 400 participants for the 2021 series, and given the newly-sedentary lifestyle of some area youths during the quarantine days, Will is optimistic that this season may be the second home to many more local gridders.

“We hope to bring even more kids and families into our program; it’s so great to be able to get as many of them involved in something that feels normal,” says Will, of the several decades old Parkland Rangers. “It’s very important to be able to get these kids out there to develop camaraderie with the other team members.”

“The Rangers’ approach is to continue to develop the players’ abilities, and as an organization, we’ll do our part to also make sure they’re aware of their accomplishments out there.” 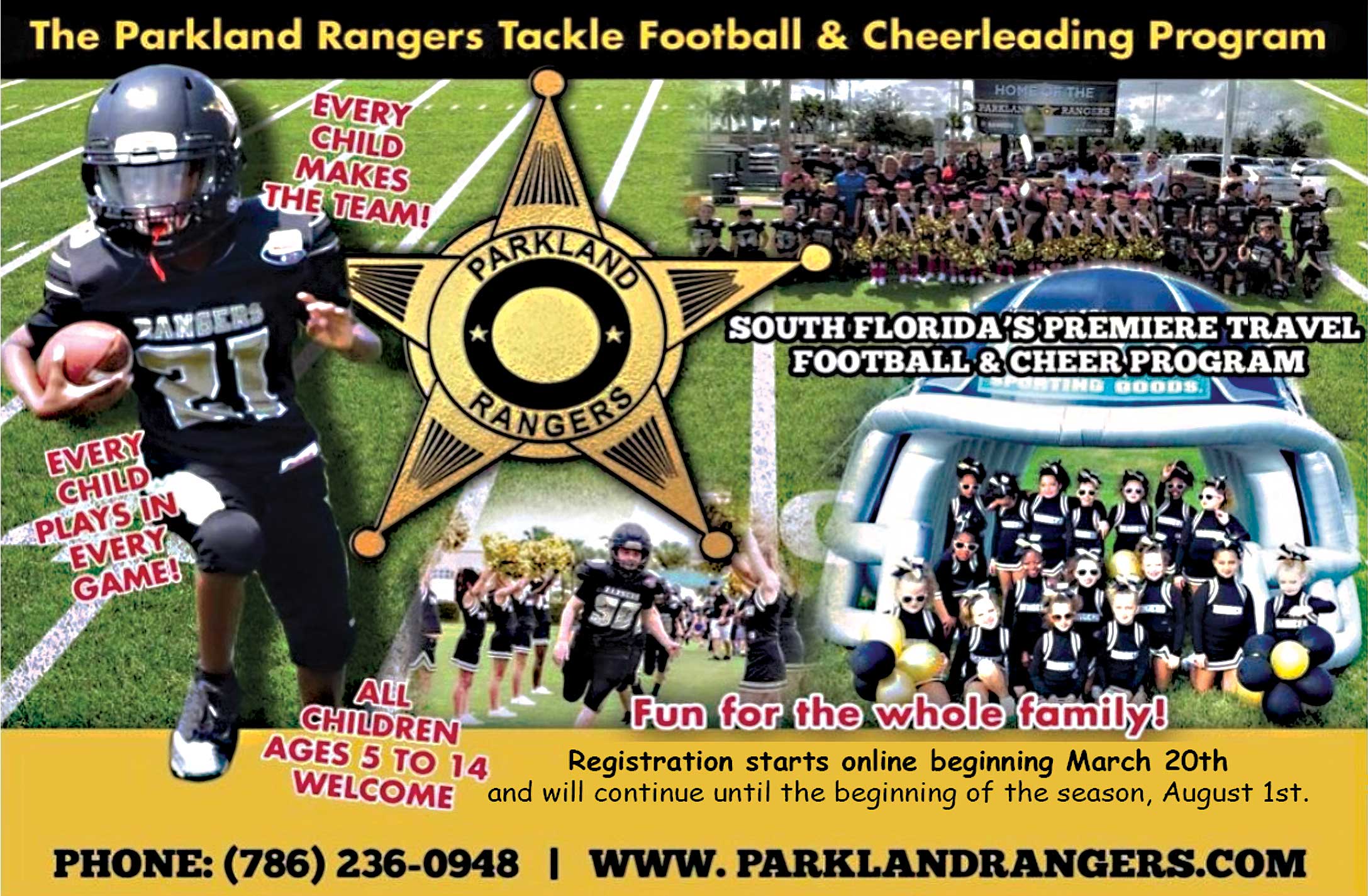